Studying in the UK - An Option Worth Exploring 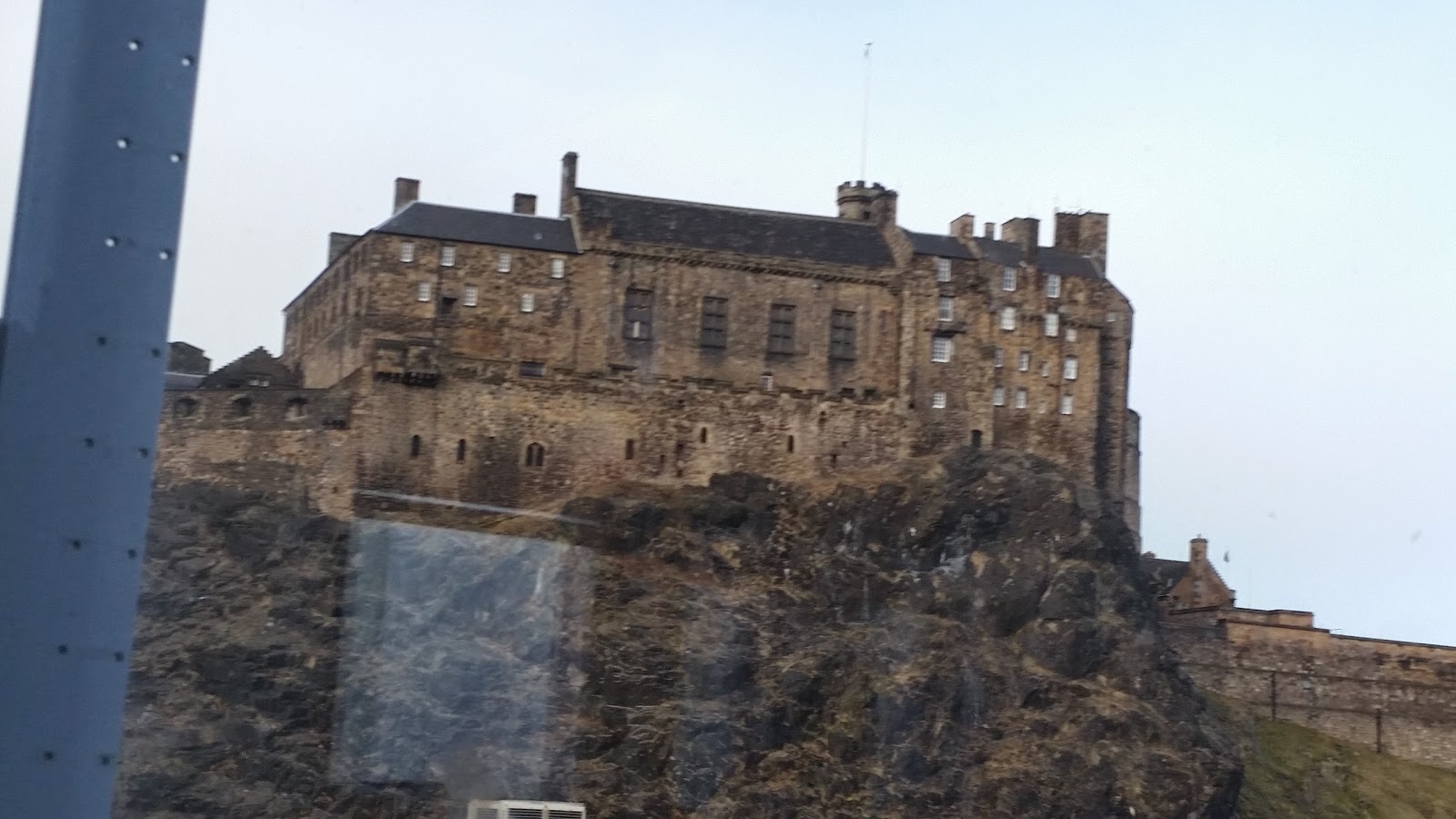 Walking into the sunlit classroom, the first thing I noticed was the castle. The art studio we had just entered offered one of the best views of Edinburgh’s 12th century fortress perched high above the city.  Artistic inspiration sat just beyond the classroom windows and I envied the students who created their own masterpieces with this treasure as a backdrop.  Many U.S. colleges draw students with their state-of-the-art facilities, teacher-to-student ratios and abundant school spirit. The University of Edinburgh, one of six ancient universities in the United Kingdom, offers some similar but also a few quite distinctive selling points: the opportunity to study at a world class university with renowned academics in a medieval city rich in history, culture and beauty.  And that’s just scratching the surface!  Though the primary purpose of my trip to the UK was to participate in the University of Edinburgh two day college counselor program, I took advantage of the opportunity to extend my escape from the New York bitter cold and snow and toured six universities located in both quaint medieval towns and in the urban capital city, London.  I spent the week learning about academic offerings and social life while discovering the essence of each university and factors that would lead to a good fit and positive student experience.

An important thing for students to know if contemplating study in the UK is the emphasis on depth over breadth. The concept of pursuing a broad liberal arts education is virtually non-existent, though a few universities such as the highly selective University College London, King's College London and Durham University have each introduced their own version of a liberal arts course of study. In contrast to the U.S. where many students do not declare a major until the end of sophomore year, students at UK universities enter directly into a field of study to which they devote much if not all of their academic focus.

Despite our different approach to higher education, the U.S. actually owes its liberal arts foundation to Scotsman John Witherspoon, an Edinburgh graduate, Declaration of Independence signer, and the sixth president of Princeton University who introduced the Scottish syllabus to the venerable New Jersey institution.  Today the U.S. system of higher education remains most closely aligned with that in Scotland where programs are typically four years and include foreign study in year three, much like our junior year abroad.  Though students in Scotland apply directly into their major(s), or Honours, opportunities to take some courses outside one's concentration provide a foundation and flexibility to switch should a student change his mind within the first two years. The three year degree common elsewhere in the UK makes changing course far more difficult, but the financial trade-off can be substantial. In addition to the shorter program length, tuition for most programs throughout the UK is significantly lower and can be as much as $15,000-20,000 less per year than at most selective private universities in the U.S.  Citizens or permanent residents of the U.S. are also eligible to take advantage of the Stafford federally guaranteed loan program to cover costs up to the annual and total borrowing limits.

Going to college in the United Kingdom has the potential to be a challenging transition for many students educated in the U.S., but it does offer an exciting and culturally rich alternative for American students who are primed to work independently, seek a more globally diverse and academically focused experience, and know what they want to study.  While support services exist for all students, including an assigned personal tutor and smaller seminar sections with professors for every course, the onus lies with the student to self-pace and master the material in order to sit for semester and year-end exams or submit papers which will likely be the only assessments.  Despite the academic demands, students do find time for recreation. Class-free Wednesday afternoons are dedicated to sports and societies, what we more commonly refer to as clubs, providing a way to get involved in the social and non-academic life on campus.

The concept of fit is important in the UK too and students similarly should consider factors such as academics, social life and location to find the optimal collegiate environment. Campus life will feel very different in an urban center like London than in the ancient small town of Durham where university students form communities through their residential colleges and typically eat all meals as well.

Fortunately for anyone thinking about studying in the UK and trying to decipher the alternatives, the process is relatively transparent; even international students can readily determine each university’s admission criteria and find a plethora of information about the student body, housing and of course, the requirements for a given course of study through the The Complete University Guide which is updated annually. Admission to a university is based primarily on exam results in related coursework or standardized test scores for non-UK students including APs, a personal statement that speaks to and substantiates a student’s academic interests and a teacher/counselor reference.  To identify and compare the strength of specific programs, students can access the official League Tables, an important source for choosing where to apply.

The process of applying to a UK university is seemingly more straightforward than navigating the application process in the U.S. Students complete and submit one application, the UCAS, which is accepted by all universities, write one personal statement and can apply to a maximum of five universities. They are cautioned to limit reaches to two schools and to have an “insurance” option.  Given the availability and transparency of each university’s criteria, students should have no doubt about which schools would be their sure bet choice.  Even the cost of the UCAS application, like the price of the education, is a bargain compared to the fee in the U.S. The £23 one time application fee is less than $40 at today’s exchange rate.

Going to the UK as an undergraduate is not be for everyone and requires that a student have a clear academic direction and purpose.  Yet did I mention that graduate programs, or post-graduate as they are known in the UK, are typically only one year? If your son or daughter is not ready to take the step and enroll as a first year undergraduate student at a UK university, the opportunity will not be lost. There's always graduate school.
Posted by Jane Klemmer at 9:24 PM No comments: